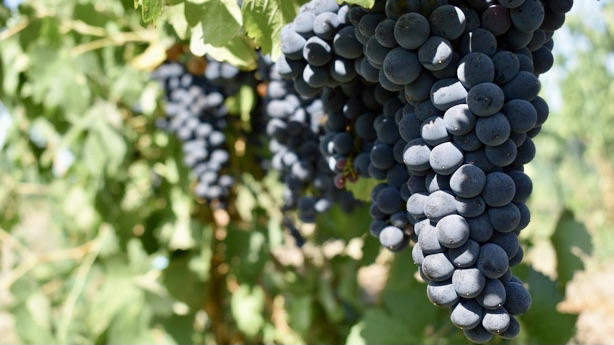 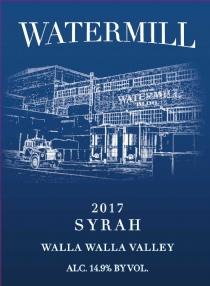 The 2017 vintage started out with a cool, wet winter, with significantly above average snowfall in
eastern Washington. Going into spring, the cool trend continued. As a result, bud break in 2017 was
behind historical averages and significantly behind the most recent warm vintages of 2013-2015.
Bloom was also slightly delayed. The early part of summer saw average temperatures in the Columbia
Valley followed by above average temperatures in July and August. As a result, heat accumulation was
a bit above average for the season, despite the cool start. Harvest began right on schedule, perhaps
even a bit early, in late August. In the second half of September, temperatures cooled considerably,
which delayed ripening. “Things just kind of stalled,” one winemaker said. This allowed for luxurious
amounts of hang time without the threat of increased sugar accumulation, stretching harvest into the
first week of November. As a result, winemakers report that sugars were slightly down in 2017
whereas acid levels were up. Overall, quality is reported to be high.

All Watermill wines are hand-picked late in seasons for maximum ripeness. They are then gently pressed in small volumes and undergo inoculated fermentation in 1 to 1.5 ton small lot fermenters. The wine sits on the skins for more than two weeks where it undergoes additional maceration through punch downs and pump overs for color and tannin integration before being transferred to barrel. All reds age for between 12 and 16 months in a combination of new and neutral medium toast French and American oak before bottling.

Primary flavors of bright red raspberry fruit with a hint of olive tapenade, this easy drinking red shows just a hint of savory spice from the 20% Rocks District fruit in the blend. Balanced and pleasing it is an easy sipper to be enjoyed any day of the week. 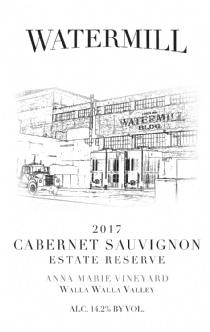 Our reserve cabernet sauvignon, harvested from our oldest plantings in our highest-elevation vineyard. Planted in 2000, Anna Marie slopes up from the valley floor, giving a commanding view of the Walla Walla Valley and the Rocks District to the north and protecting the late-ripening Cabernet planted there from the fall frost.

Back after a many vintage absence, our Walla Walla Valley bottling of Syrah provides a different twist on the grape from our Rocks District offerings. Primarily drawn from our hillside estate Anna Marie vineyard, this wine focusing on brighter fruit and more tannic and acidic structure while still showing a hint of the classic savory notes of Syrah from our Rocks bottlings, all at a more accessible price point.

Bright and concise with plenty of white rose petal, dandelion, and melon in the bouquet with a lively mouthfeel that is has concise notes of lemon jolly rancher, and honeysuckle. This is a crowd pleasing wine that is meant to be drank in only the most pleasant of settings.

Ripe, generous deep blueberry fruit is framed by an enticing, savory aroma of tea leaf, tobacco, herbs and a hint of cardamom. Bright blueberry and chocolate dominate the playful front and dense mid-palate, accompanied by notes of caramel and loose tobacco on the sultry and prolonged finish.

This classic Rocks District Syrah jumps out of the glass with blueberry jam, prosciutto, mushrooms, lilac, and acacia. The cured meat notes linger on the rich and full palate alongside deep dark fruit, finishing with noticeable but gentle tannins. Plush but with some backbone, this Syrah will age beautifully over the coming five years and more.