Hoquetus Wine Company is a tiny winery located in Walla Walla, Washington with a focus on producing wines of place from sustainably farmed grapes.

Hoquetus, also called hocket, was a song device first developed during medieval times (the time period, not the restaurant); however, this technique was also embraced by some 20th-century composers–yes, I went to music school which is why I’m making wine. One of my favorite examples can be found here and should be listened to over and over and over. In this technique, each vocal part alternates to create a single melody, so in a sense, it’s two voices realizing one part so that “as one sounds the other is silent.”* This relationship speaks to my musical background but also the dynamic of the fermentation and overseer of said fermentation both working together to create something melodious. 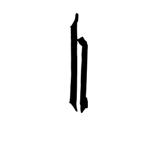